From his earliest days as an elected public servant, and more pronouncedly when he was elected U.S. Senator, Conrad Burns has recognized how important education is to the future health of the country. A pioneer in trying to provide the best technological advances for Montana schoolchildren, Sen. Burns advanced distance learning centers, worked to make sure computers were in schools across Big Sky County, and was a constant proponent of accepting the challenges of change.

“Different skills are needed for changing times,” he avowed.

Underlining his commitment to those principles, Sen. Burns chose four educational entities to give funds from the Senator Conrad Burns Foundation for Scholastic Excellence, a foundation that was dissolving since he was retiring from public politics.

Rocky Mountain College was the recipient of one of the $79,800 checks from the foundation.

“This is a great place and I’m so proud of what the people there are accomplishing,” he said about Rocky. “They get the job done.”

“This is unexpected surprise and a very welcome one,” said RMC President Michael Mace. “We appreciate how well Sen. Burns served his constituents and the state, and we’re delighted that he recognizes the important educational work we’re doing.”

Sen. Burns, who served three terms in the U.S. Senate, from 1989 – 2007, was a member of the Senate Appropriations Committee and chaired a subcommittee on communications of the Commerce, Science and Transportation Committee.

Nick Cladis, Capstone Wealth Management, who was president of the Burns foundation, introduced Sen. Burns. Funds for the foundation came in the form of significant corporate donations, particularly corporations that had an interest in technology or in Montana. The foundation was established in 1995, according to Cladis.

Cladis also credited the late Chuck Herringer for his work with the foundation as he helped to create educational resources that would have a positive impact on Montana students.

Sen. Burns said he hoped, in addition to helping fund science and technology, there would be more emphasis on history, “the blueprint for the future.”

As President Ronald Reagan used to say, Burns noted, “The loss of freedom is only one generation away.”

“We must never have a generation that forgets our history,” he added. 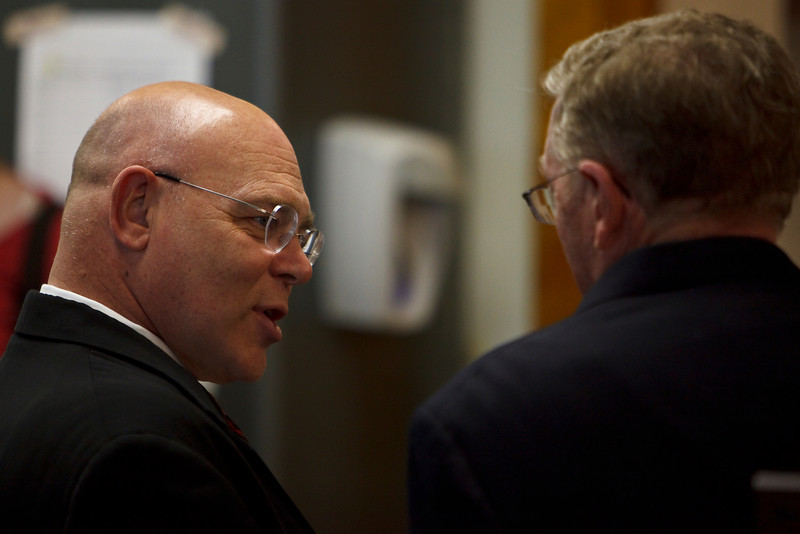